Grab your Team USA gear, it’s time for the FIFA Women’s World Cup. There are many familiar faces on the U.S. team this season but it is the first World Cup for two Washington Spirit players. To kick off the 2019 tournament, we’re sharing some key information about Rose Lavelle and Mallory Pugh and found the perfect spot in Montgomery County, Maryland to cheer them on.

Cheer the team on at the Montgomery Parks viewing party for the U.S. women’s second match, against Chile. Head to the Wheaton Sports Pavilion on June 16 at noon where the indoor field will be turned into a picnic area. Bring your blankets and watch the action from a jumbo inflatable screen. Members of the Washington Spirit will be at the party to cheer for teammates Rose and Mallory and to sign autographs after the game. 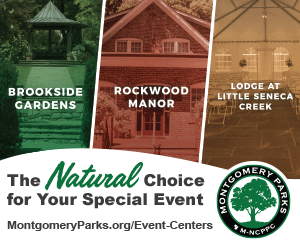