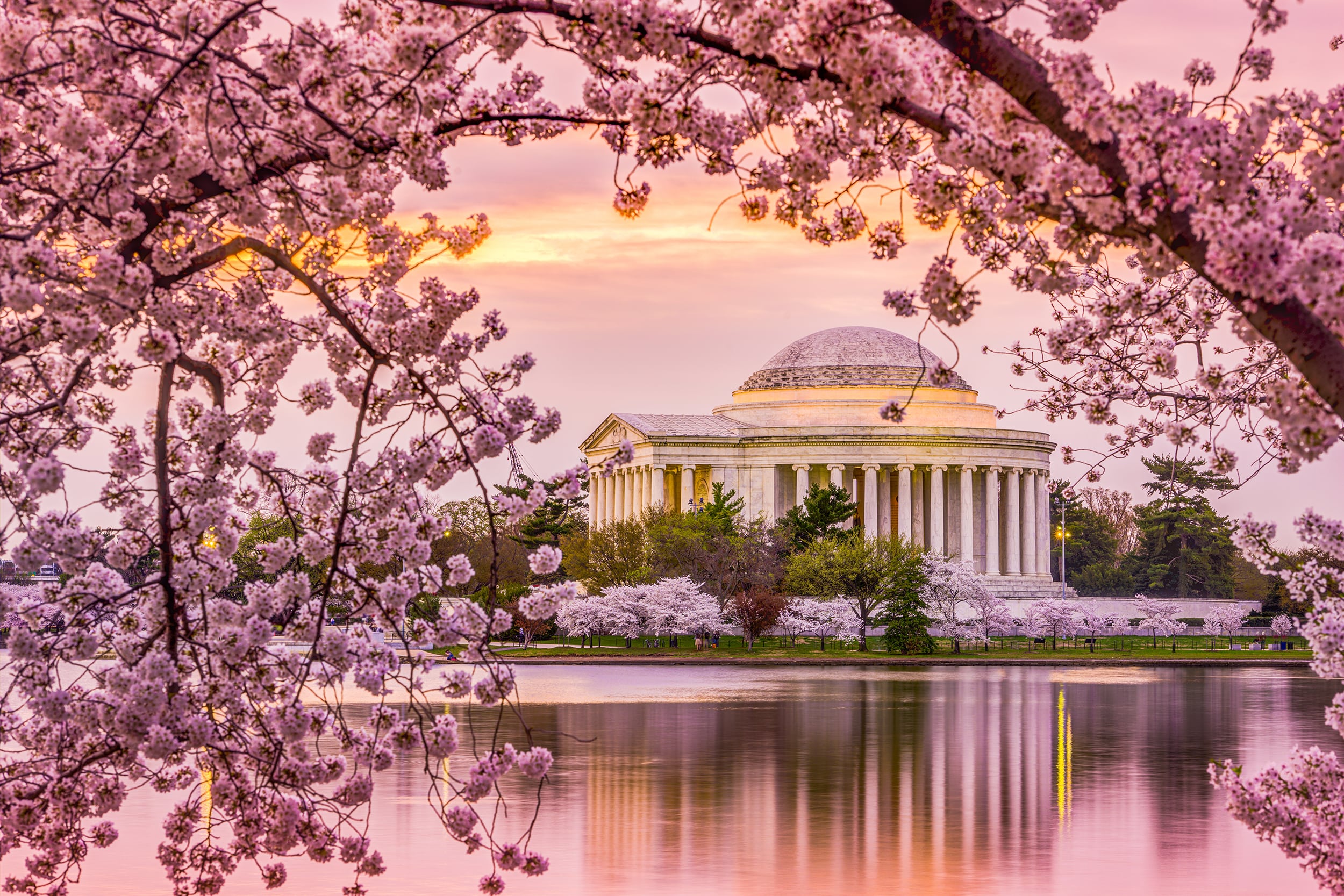 The rich history of the cherry blossom trees in Washington, DC is a shining example of patriotism and international friendship.

The cherry blossom trees are largely the product of Eliza Ruhamah Scidmore (1856-1928); an avid writer, photographer, and geographer. She later became the first woman on the Board of Directors at the National Geographic Society. Her love of Asian culture is what inspired her to push for the importation of cherry trees to the United States.

For 24 years, she was a regular sight in the office of public buildings and grounds, petitioning the superintendents for the cherry tree project. For 24 years, she was rebuffed. Her efforts were finally rewarded in 1905 when she hosted a cherry blossom viewing and caught the attention of David Fairchild. The following year, Fairchild imported 1,000 trees from Japan for use on his property in Maryland. The Fairchilds were one of Scidmore’s largest supporters for the Washington project. They donated hundreds of trees to their hometown and to several schools in the Washington, DC area. On Arbor Day in 1908, Scidmore once again put forth her dream of a “Field of Cherries” around what is now known as the Tidal Basin in Washington, DC.

In 1909, she reached out to First Lady Helen Herron Taft, and the two collaborated on where to plant the trees. By happy circumstance, Scidmore was introduced to Jokicki Takamine, a chemist from Japan. He offered 2,000 trees to the First Lady on behalf of the people of Tokyo. On January 6, 1910, the trees arrived in Washington, DC. Upon inspection, they were found to be infested and were destroyed to protect the local flora. From a diplomatic standpoint, this was a disaster for which the Japanese Ambassador expressed his deepest apologies. The Mayor of Tokyo, Yukio Ozaki, promised a second shipment of trees.

On March 26, 1912, new trees arrived in The Nation’s Capital. The shipment was comprised of 3,020 cherry trees of 12 different varieties. The following day, the First Lady and the wife of the Japanese ambassador planted the first two trees on the northern edge of the Potomac River. The United States responded in kind with a gift of dogwood trees to the gracious people of Tokyo. 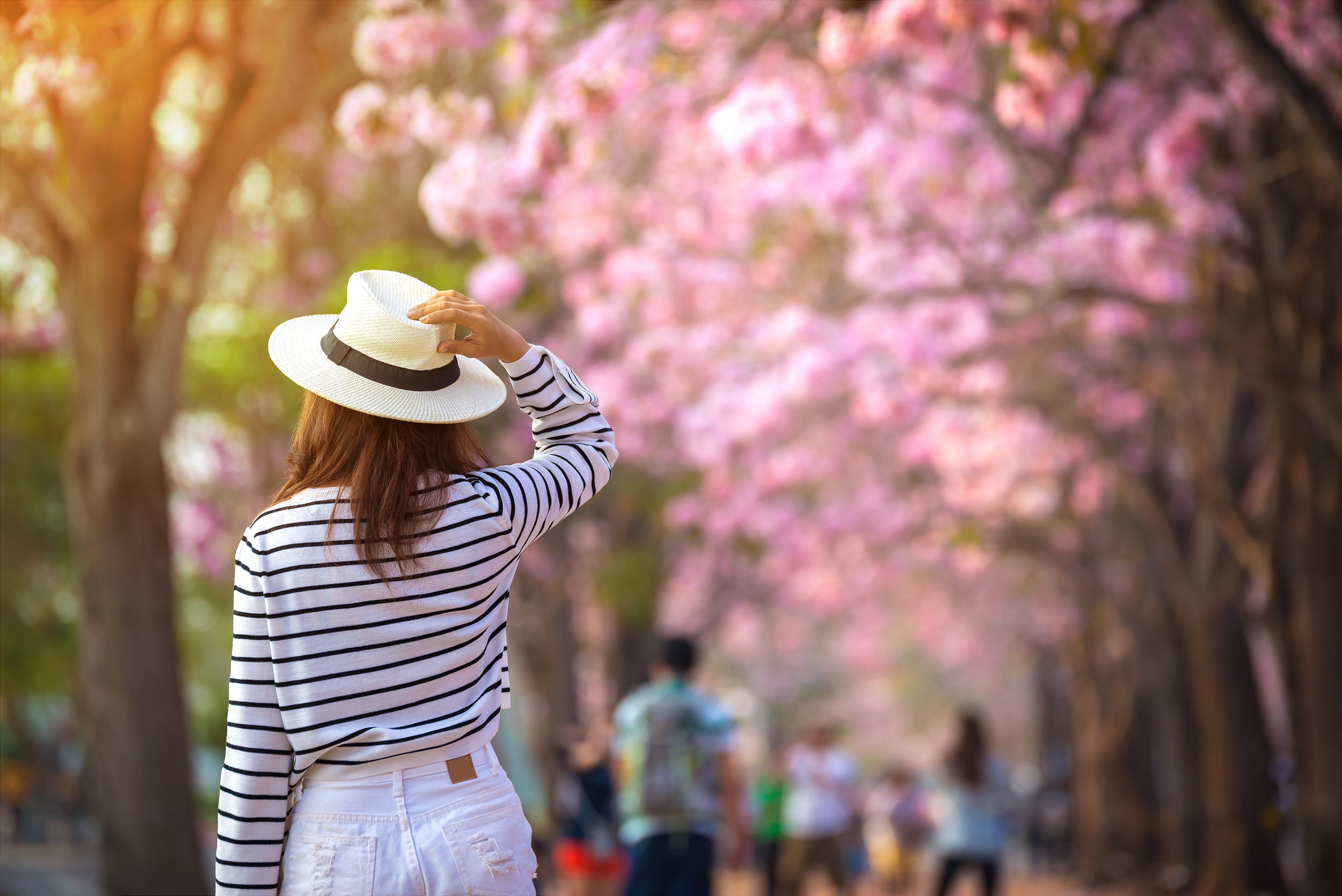 From this simple planting, witnessed by only a handful of people, the National Cherry Blossom Festival was born. Every year, the festival is celebrated in late March and is by far the largest tourist attraction in Washington, DC with hundreds of thousands of people in March and early April.

If this is your first visit during cherry blossom season, Destination DC offers an excellent guide on what to expect during the festival. But, if you are looking for an alternate place to view cherry blossoms, consider visiting Kenwood Park. This quiet suburban neighborhood in Montgomery County, Maryland boasts over 1,200 cherry trees. The first cherry trees in this development were planted in the 1920’s, ahead of the new homes that were about to be built. Some of the original trees are over 90 years old. Residents of the neighborhood welcome visitors during cherry blossom season. Here is a handy guide: things you should know before your visit. 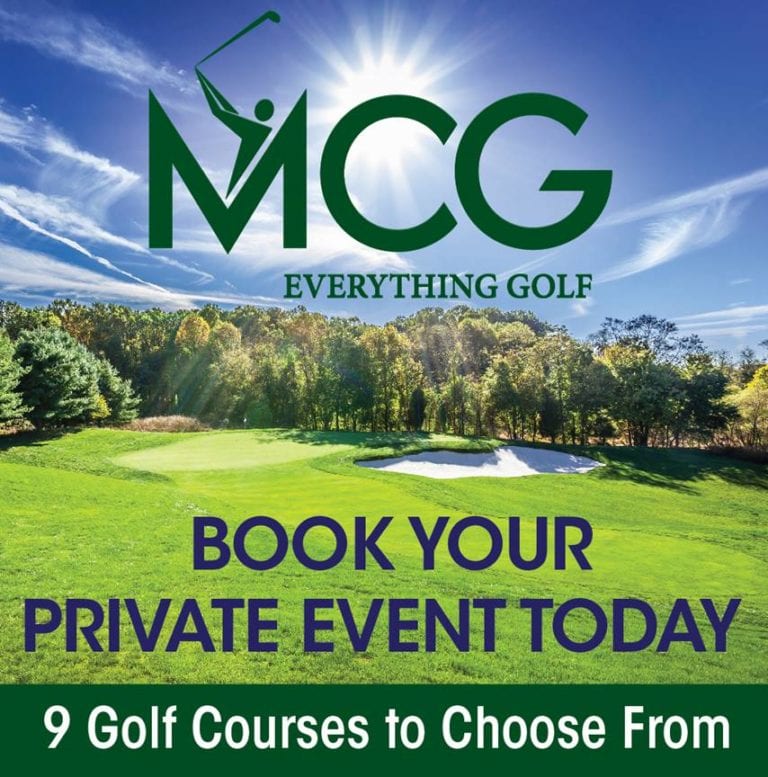 February is Black History Month, a great time to support the many Black-owned restaurants and eateries in Montgomery County, Maryland....

Looking for the perfect way to spend your Valentine’s Day? Montgomery County, Maryland has spectacular shows, delectable dinners, and great...

February is Black History Month, and Black history and culture are essential parts of Montgomery County, Maryland’s heritage. Take the...