The dream of a high quality multi-field soccer facility in suburban Maryland began in 1998 when a group of local soccer clubs successfully advocated for the facility to be added to a park master plan. But at the time there was no public or private funding for the project. However, with a local youth soccer community of 25,000 and more than 100,000 in the Washington Metropolitan area, a soccer complex was destined to be built.

Then in 1998 a group of soccer parents led by Maureen and John Hendricks, the founder of Discovery Communications, tried again. They established the Maryland Soccer Foundation (MSF), a non-profit corporation whose mission was to build, manage and maintain the 24-field soccer complex. A public-private partnership was formed with the Maryland National-Capital Park and Planning Commission (MNCPPC). A location for the complex was identified in Germantown, Maryland, a suburb of Washington, DC.

The entire soccer community came together to “Give our Kids A Complex.” However there were nine local soccer clubs that provided time and treasure to make sure this dream became a reality. Those clubs are: Montgomery Soccer Inc. (MSI), Bethesda Soccer Club, Damascus Soccer Club, Potomac Soccer Association, Catholic Youth Organization, Seneca Soccer Association, Seneca Sports, Olney Soccer Club, and the Washington International Soccer League. Without the support of these clubs, the SoccerPlex would never have been built.

In October 2000, the Maryland SoccerPlex opened with 19 full sized irrigated soccer fields. Each field measures 115 x 75 yards and one side of each field has a berm ideal for spectator seating. The fields are organized in clusters of four or five fields with parking and a comfort station for each cluster. The parking was built at 75 spaces per field to ensure that teams coming for the next game would have ample parking. In 2008, 3 lighted synthetic turf fields were added to the SoccerPlex.

One of the attractions of the complex is the Championship Stadium. The stadium sits in a natural bowl with a paved lit plaza surrounding it. The field is a premier sand-based under drain construction that drains an average of eight inches of water an hour. There is seating for 4,000 spectators. The Musco lighting is broadcast quality and the field has Kwik Goal Pro Premier World Competition Goals. The atmosphere is electrifying.

The Championship Stadium has hosted a US Olympic qualifier, MLS Open Cup matches, a CONCACAF Champions League match, the ACC Men’s Soccer Championships, USL and W League matches, training sessions for Argentina’s Boca Juniors and the New Zealand National team. In addition, the US Youth Soccer National Championships were held at the Maryland SoccerPlex in 2002, 2003 & 2014.

The Championship Stadium is home to the Washington Spirit of the National Women's Soccer League (NWSL). The seating capacity is 4,000 with corresponding restroom facilities; there is a formal press box and box office. The playing field measures 115 x 75 yards. And an attractive black picket perimeter fence surrounds the entire stadium.

The Maryland SoccerPlex welcomes more than 650,000 visitors a year. The majority of visitors come from the local soccer clubs and leagues that play more than 5,000 matches at the complex annually. However, teams from all over the country come to participate in some of the most competitive youth soccer and lacrosse tournaments in the country.

The Discovery Sports Center features 8 full-sized basketball courts during Spring, Summer and Fall. Courts can also be set-up for volleyball! During the winter the courts convert to 2 indoor turf fields. Everyone is welcome to play!!! 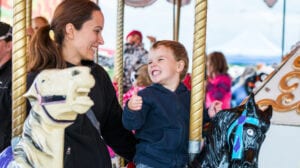 Carousels tap into our collective nostalgia, hearkening to a simpler time of... Read More 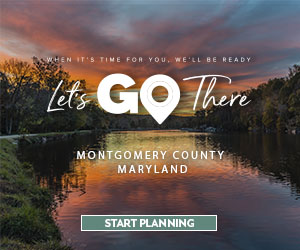